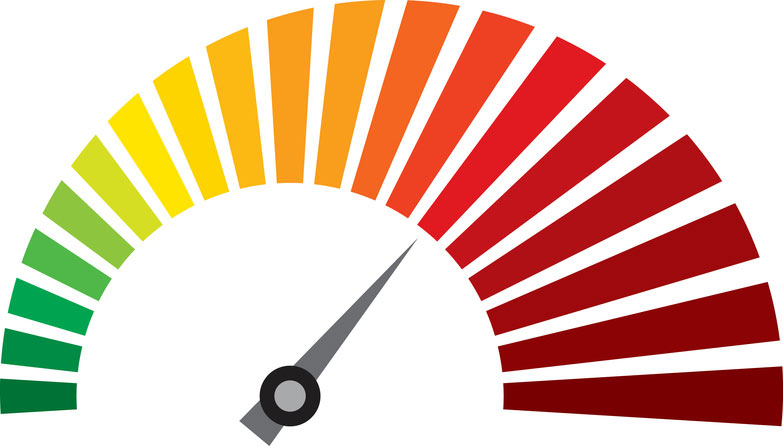 The loss of high-speed internet means not only delays in work projects but also a loss of entertainment and leisure time.

Comcast Xfinity’s throttling of internet connections can be a major annoyance for those who own a smart home hub.

As a result, it is critical to understand why you may be experiencing slow internet connections and how to resolve them. Your Xfinity internet connection may be throttled as a result of network congestion, paid prioritization, or if you access prohibited websites or services.

If you suspect that your Xfinity internet connection is being throttled, check to see if you have reached your data cap and try using a trusted VPN to see if your speed improves.

Throttling is the intentional limitation of your internet speed or bandwidth by your Internet Service Provider. This means you’re not getting full Xfinity speed.

It’s not the same as your Wi-Fi disconnecting because your connection to your router is stable; your internet speed is simply slow because your ISP intentionally limits it.

Such throttling can occur if you have reached your monthly data cap, when you visit specific websites, or if your ISP detects activities on your connection such as torrenting or streaming.

Even if you think it’s the Wi-Fi connection that’s the problem and use your ethernet connection, your speed will be slow because your ISP throttles your internet connection.

HOW TO TEST IF XFINITY IS THROTTLING NETFLIX AND OTHER SERVICES WITH A VPN?

A VPN will be required to determine whether your ISP is throttling your internet connection. A VPN is a Virtual Private Network that allows you to hide or encrypt your data from your Internet Service Provider.

ISPs will be unable to detect the traffic coming to and from your connection as a result of the VPN, which is useful if you’re experiencing a slow connection while streaming or downloading movies.

Once you’ve decided on a VPN, run a speed test on your connection twice: once with your VPN turned off and again with it turned on. If you notice differences between the two tests, it is likely that your ISP is throttling your internet connection.

This test, however, is not conclusive; it is only useful when your ISP throttles your connectivity for specific websites or activities.

Furthermore, there could be other reasons for your slow connectivity, such as paid prioritization, network congestion, or data caps.

To begin, you should perform a free online speed test to determine how fast your internet is. Then you must compare the speed of your data to the speed you should have (or what is advertised on your ISP’s website).

Here’s how it works: Some ISPs, for example, guarantee up to 100 Mbps, but this does not always imply that it is that fast. Inquire about your plan’s actual speed, as maximum speeds tend to fluctuate.

If your speeds are lower than what you’re paying for, you’re either being throttled or your service is malfunctioning. In the latter case, you should contact your ISP to discuss your internet speeds.

Why is my internet connection being throttled by my ISP?

When there are too many people attempting to connect to the same network, the network can become overcrowded. Certain connections may be throttled by some ISPs to help clear congestion. Throttling is also fairly common when a customer exceeds their data usage limit within a given billing period.

When you reach your data cap, most internet providers throttle your speed. Logging into your account or calling your ISP will allow you to see how much data you’ve used.

If you’ve reached your data limit, it’s safe to assume your internet connection is being throttled. You must either wait for the cap to reset at the end of the billing period, pay for additional data, or upgrade your plan.

Is your internet connection fast enough?

If your internet is lagging but you haven’t reached your data cap, your plan may not have the necessary speeds. Check out our internet speed guide to determine how much bandwidth your household requires.

There is such a thing as a throttling test for the internet. This one, dubbed The Internet Health Test, assists you in determining whether your ISP is seriously affecting your web speed.

Rather than just testing your speed, a more in-depth throttling test examines your ISP to see if there are any issues.

Alternative Video: How To Tell If Your Internet Is Being Throttled?

WHY DOES COMCAST XFINITY THROTTLE MY INTERNET?

Your internet connection may be throttled by your ISP for a variety of reasons. Slow connectivity is commonly caused by data caps or network congestion, but there may be other causes as well. However, the following are the top four offenders:

See also  Why Is My Upload Speed So Slow? [11 Easy Solutions]

Do you have a throttled internet connection near the end of the month? It’s possible that you’ve reached your monthly data limit. Most ISPs have a data cap, which limits how much data you can upload or download at full speed during a billing cycle.

The data limit is usually stated in the service agreement provided by your ISP, so check your account details if you have a throttled internet connection. I was on the highest-speed and bandwidth plan available as part of Xfinity Blast, so I ruled this out. To easily monitor data usage, use Xfinity’s My Account app.

For example, if your ISP also offers streaming services, they may throttle your internet connection when you visit sites like Hulu or Netflix in order to encourage you to use their own.

If your ISP detects that you are visiting illegal websites, such as popular domains known for content piracy, they may throttle your internet speed to prevent you from accessing them. In this case, your ISP may be disconnecting your connection in order to comply with government directives.

HOW DO I stop and fix Comcast Xfinity Throttling?

As previously stated, a VPN can assist you in concealing your traffic from your ISP. As a result, if you are experiencing slow connectivity as a result of your internet activity or visits to specific websites, using a VPN can be beneficial.

Make sure you thoroughly investigate the available VPN connections; using a VPN adds a step between your ISP and your connection. As a result, the VPN itself may cause some latency issues, effectively defeating their purpose.

If you spend a lot of time on the internet, you may be experiencing lower internet speeds due to data caps.

To address this issue, you must track your internet usage to determine how much data you use in a month. Once you’ve determined your average monthly data usage, you can combat throttling by:

Network congestion may be the cause of slow connection during specific times before you reach your monthly data cap. Unfortunately, there isn’t much you can do about it, particularly if you only have access to the internet during peak hours.

If possible, try to keep heavy data usage, such as large downloads or streaming services, to off-peak hours. Also, keep track of any instances when your internet connection appears to be slow.

Here is another solution for you.

How to Prevent Xfinity from throttling my internet connection?

The only way to avoid them throttling you is to avoid using them.

It’s a different story if you want to prevent them from throttling specific requests or file transfers.

At one point, Xfinity was throttling any MP3 file transfers they detected, to the point where the transfers would time out after a few hundred kilobytes.

By switching from an unencrypted transfer protocol to an encrypted one, I was able to bypass the throttling and transfer my legal MP3 collection from one of my machines to another connected to the internet via a different provider.

1. Prevent Throttling by using a VPN

Using a VPN product that encrypts the traffic (not all of them do) would have produced the same result. So, if they’re throttling you based on the type of request or file you’re transferring, or even the server with which you’re communicating, a VPN will get around it.

If you’re being throttled month after month, you’re probably not on a good plan. You may need to look for a plan or provider that has higher data caps, if not unlimited data.

Understanding why your internet service provider throttles your connection can help you avoid it in the future. Obtaining a VPN alone may not be sufficient in some cases.

You might also want to consider switching internet service providers. This will entail following their early termination procedure in order to avoid cancellation fees. So, go ahead and try the fixes for your throttled Xfinity internet connection so you can resume your weekend binges!

Is throttling your Internet connection Illegal?

Throttling internet speed is legal in most cases, such as when there is network congestion or you have reached your monthly data cap.

How much download speed do I need for streaming?

A download speed of 3 Mbps is recommended for a smooth streaming experience.

Some Wi-Fi boosters can help you boost your internet speed and even add new features to your Wi-Fi network. 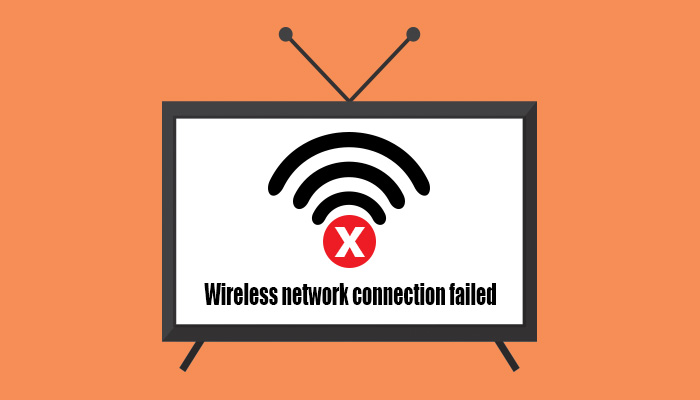 Vizio is a company based in the United States that creates smart TVs, soundbars, speakers, SmartCast tablets, and other products. The company has grown in popularity in recent years as a result of their affordable entertainment solutions, which are offered at a surprisingly lower price than multinational brands and provide a whole new range of… 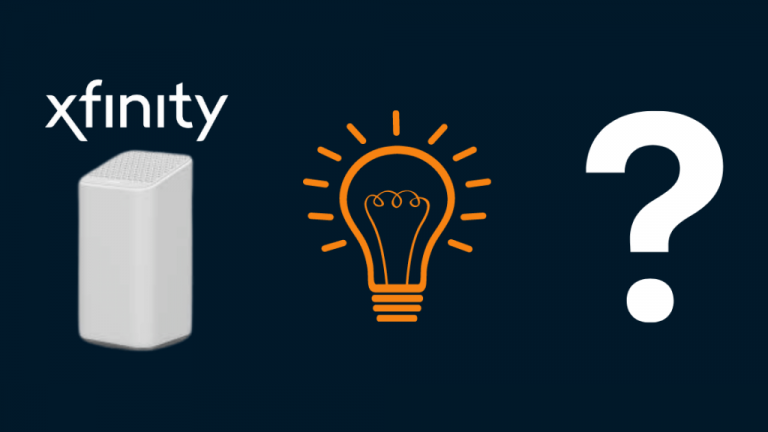 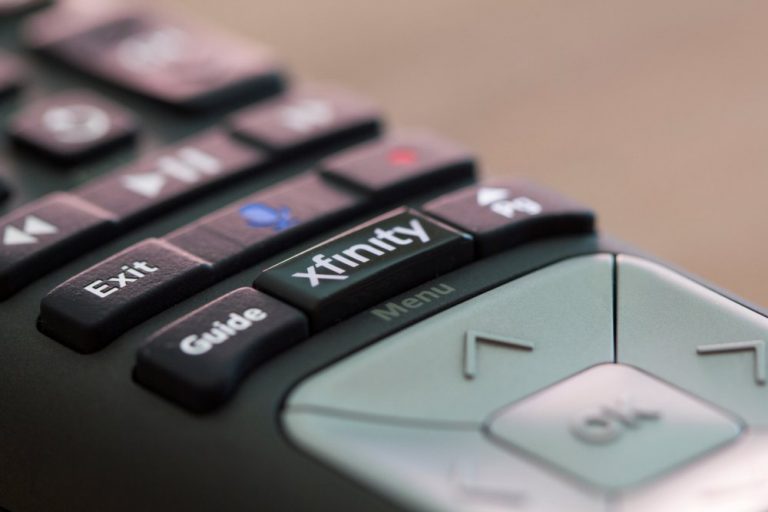 Cable boxes are used to provide cable to people’s televisions. These devices provide users with high-quality digital channels. Comcast is one of the best companies that sells this. They have a large selection of TV boxes that are included with their packages. These can be purchased by contacting Xfinity or by going online. Furthermore, the… 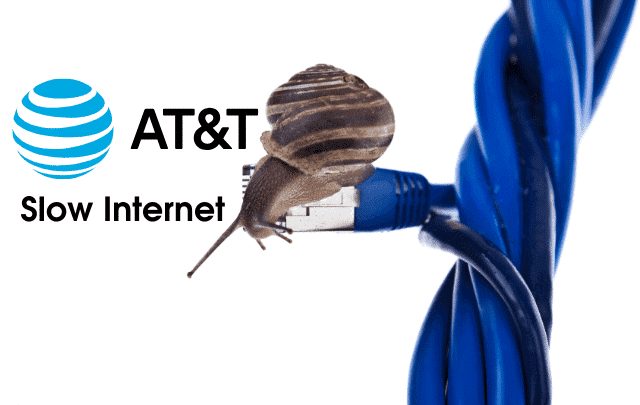 Have you ever been frustrated by a slow internet connection right when you need it? You are not, however, alone. I had a similar problem with my home network, where I couldn’t watch my favorite online shows because of frequent buffering. Finally fed up, I took matters into my own hands and attempted to unravel… 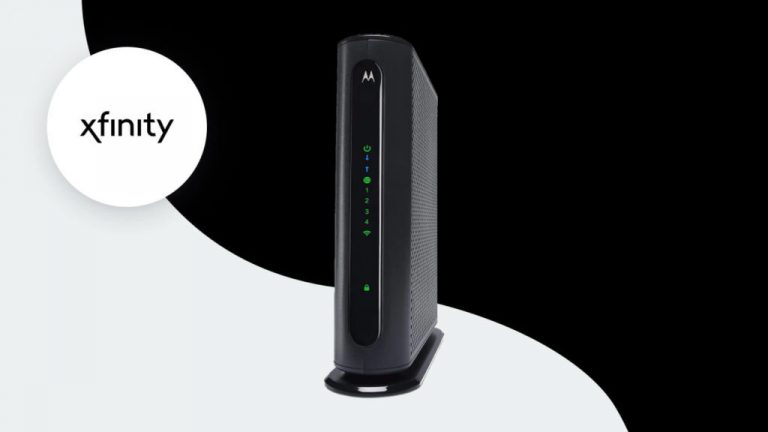 Xfinity modems come with a unique set of features that allow us to easily perform our various types of daily activities. All of these actions are performed online in today’s world, but somewhere along the line, error Xfinity modem blinking green appears, and your problems begin to worsen. All of this is because the internet… 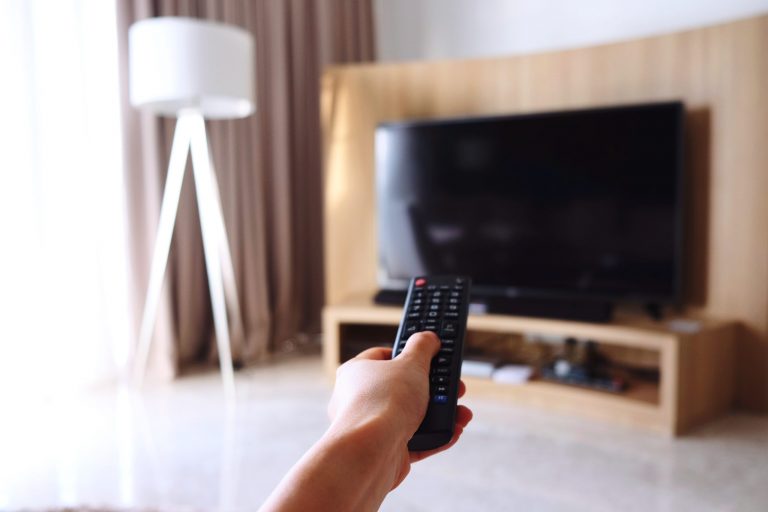